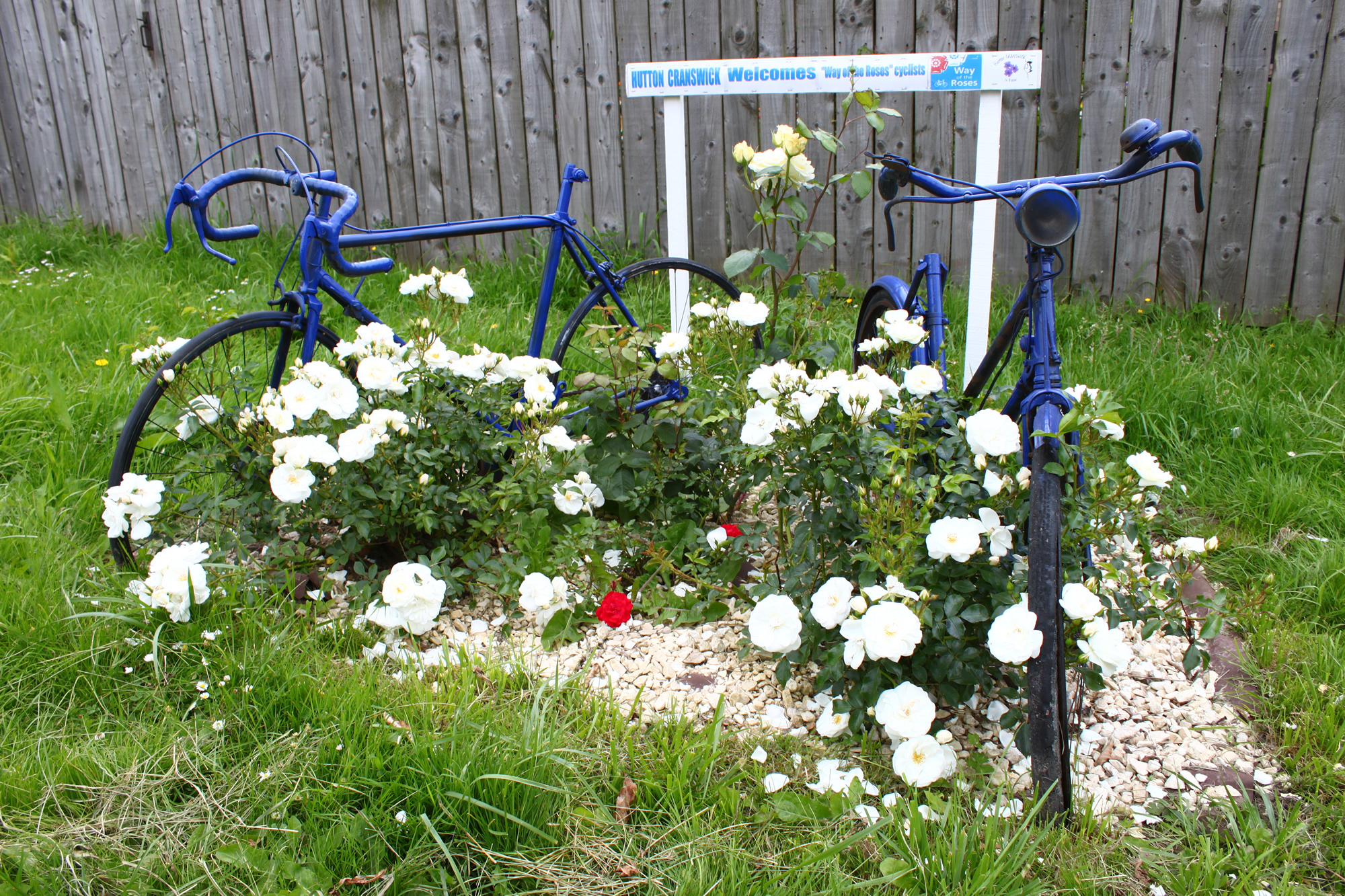 To symbolise the warm welcome that cyclists will receive in Hutton Cranswick, the In Bloom group has developed a number of cycle sculptures to mark the Way of the Roses cycle route through the village, Lesley and Bill Eldridge, who are both keen cyclists, suggested the cycle route could be a suitable focus as the Red Rose of Lancashire and the White Rose of Yorkshire could be incorporated into the sculpture designs.

The Way of the Roses is a coast to coast cycle route of 170 miles between Morecambe on Lancashire’s Irish Sea coast and Bridlington on Yorkshire’s North Sea coast. Cyclists who follow the route travel through the historic cities of Lancaster and York. They will also enjoy some of the UK’s most stunning countryside and fascinating heritage: the Lune Valley; the Forest of Bowland (Area of Outstanding Natural Beauty); the Yorkshire Dales National Park; Nidderdale (AONB); the Vale of York; and the Yorkshire Wolds. The route was officially opened on 11 September 2010 and, over the years, has become extremely popular.

Hutton Cranswick in Bloom decided to develop Lesley and Bill’s idea and an appeal for unwanted cycles was placed in The Bulletin. This resulted in nine cycles being donated – a vintage cycle, road bikes, off-road bikes, small wheeled bikes and children’s bikes. To prepare these for their sculptures, Lesley and Bill removed all easily removable parts and donated them to Bike Rescue in York, a not-for-profit, Community Interest Company, set up in 2006, which specialises in recycling bikes. Please visit: www.bikerescueproject.org.uk for further information.