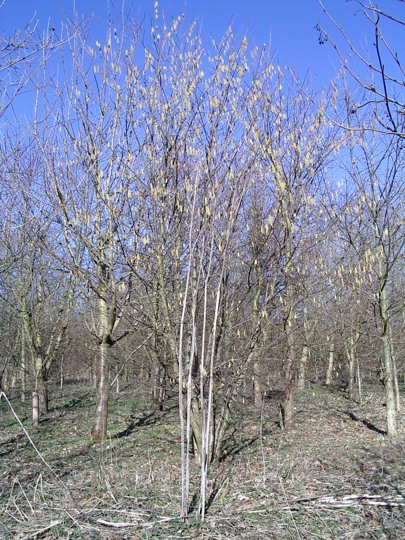 Please note that due to the Coronavirus pandemic, the Yorkshire In Bloom Competition has been cancelled for 2020.

Welcome to Hutton Cranswick in Bloom. The two settlements of Huttone (village on the end of a hill) and Cranuc Wic (Old English for a crane inhabited homestead) are mentioned in the Domesday Book. Although the two areas like to retain some individual identity, they form one Parish. With a population of around 1783, Hutton Cranswick is classed as a Large Village in the Yorkshire in Bloom and Britain in Bloom campaigns.

Hutton Cranswick in Bloom was formed in 1995 to enable the village to compete in the annual Yorkshire in Bloom Campaign. It is a not-for-profit organisation run entirely by volunteers. The group aims to:

As the In Bloom Campaign has developed, Hutton Cranswick in Bloom has embraced the challenge to address the three Core Pillars:

The Village in Bloom team would normally have held an Annual General Meeting (AGM) in January 2021 to review the past year, look at the accounts and the Chair’s report and elect officials. The meeting would have been publicised in December with an invitation to stand for any of the three officer positions.

As a result of the Coronavirus pandemic we decided we could not to hold an AGM this year. The officers in the positions of: Chair, Gina Simpson; Treasurer, Sue Jackson; and Secretary, Heather Teare have agreed to stand for another year.

The Chair’s report and the statement of accounts have been written and these together with the 2020 AGM minutes can be found using these links:

Launch of the In Bloom Campaign for 2012

The theme for the 2012 Britain in Bloom Campaign is Wild about Wildflowers. All finalists could request a packet of wildflower seeds from the Royal Horticultural Society. Seeds were provided by the environmental charity Landlife. The annuals to be grown from the seeds include: corn poppy, corn marigold, corn chamomile, corncockle and cornflower – plants that are Perfect for Pollinators.

Hutton Cranswick in Bloom identified an area suitable for the seeds, where they would add colour and impact as well as increasing the wildlife corridor. The extremely dry March delayed the preparation of the ground until early April – and a few heavy showers! On 27 April a group of In Bloomers gathered on Hutton Green for a ceremonial planting. The whole operation was overseen by Crawford the Cranswick Crane – the new mascot created by Lesley Eldridge.

Hutton Cranswick in Bloom embraces the philosophy of the national In Bloom Campaign of sustainability and environmental responsibility. With this in mind the Plant Group have developed a theme of the Elements for key areas of the village for 2012. Grouping plants to depict Fire, Earth, Air and Water gives plenty of opportunity to introduce colour, texture, variety and sustainability whilst following a cohesive theme. Increasing sustainability can, also, increase community participation as villagers donate bulbs, corms and tubers from their own gardens.

The In Bloom display will incorporate 10 hanging baskets overflowing with red, white and blue to celebrate the Queen’s Diamond Jubilee and the 2012 Olympics.