During this week, 14-20 November, there will be an opportunity to surrender any knives, bladed weapons and offensive weapons into police stations across the region.

Following legislation, brought in on the 14 July 2021, it is illegal to own certain items including knuckle dusters, zombie knives and throwing stars – even within a private dwelling.

Superintendent Lee Edwards is leading this November’s operation, he said, “Operation Sceptre is rolled out across the country twice a year with an aim to reduce the number of people carrying weapons, especially young people.

“We will be providing knife bins throughout the week in a number of police stations across the force, where members of the public can anonymously and safely hand in weapons to remove these from our streets.

“I want to make it clear to people that there are no questions asked, they can take a knife to any of the mentioned stations and simply go in and deposit it in the knife bin.  There are no forms to complete, and no one should need to make any record of you being there.

“We just want to get as many unused knives out of circulation so that cannot get into the wrong hands and be used in crime.

“Our officers will be conducting weapon sweeps throughout our Force area, with proactive patrols attending local places of education to speak to young people about the dangers of carrying knives.

“Our message to those who carry a knife – or those who are thinking of carrying a knife – this does not protect you. It makes you more vulnerable and places you in greater danger of serious harm.

“I am also wishing to reassure the public that we do not have an escalating knife problem in our area but it is vital to raise awareness of the dangers of knife crime, one young life saved through this scheme is worth everything.” 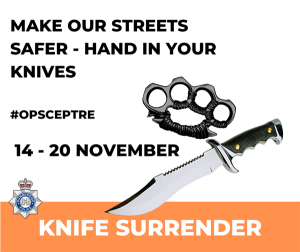 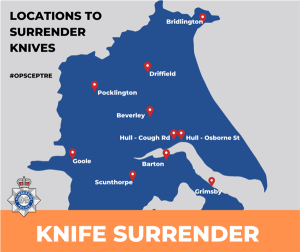 The next Ordinary Meeting of the Parish Council will take place on Wednesday 23rd November 2022 at 7:00pm

The agenda for the meeting can be found on the 2022 Meetings page.

If you require any further information please contact the Parish Clerk - Steve Sanderson.

A next Gatehouse Lake Management Committee will take place on is to be confirmed.

The agenda for the meeting can be found on the 2022 Meetings page.

Just wondering why when there is a hosepipe ban some people think it’s ok to power wash cars and drives ,in the village 😬 ... See MoreSee Less
View on Facebook
· Share

Really sorry if the noise is bothering anyone on hotham road, currently going through some crate training tantrums 😬🙈 ... See MoreSee Less

Along the Hull at Skerne this afternoon 😊💚 ... See MoreSee Less